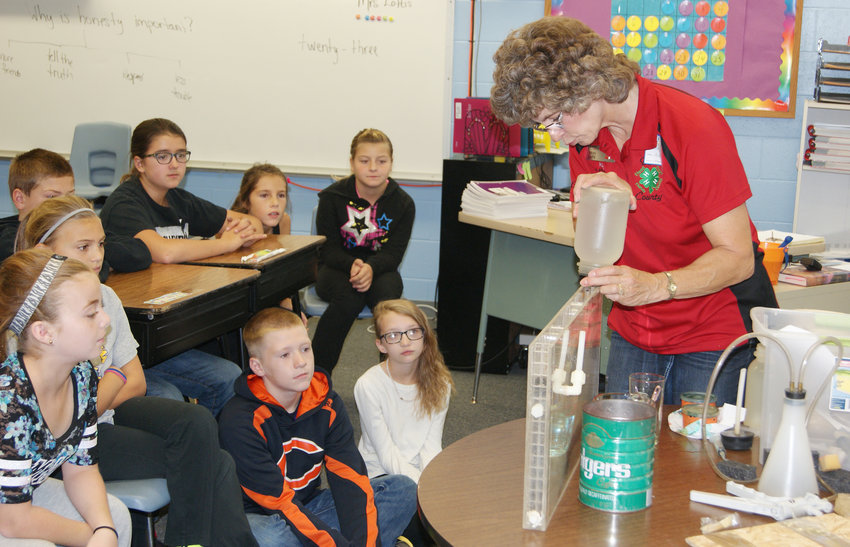 At home in any of the classrooms at Lyons-Decatur, Oakland-Craig or Tekamah-Herman, Extension Assistant Mary Loftis has decided to retire after 42 years of serving the Burt County 4-H Program and so much more. 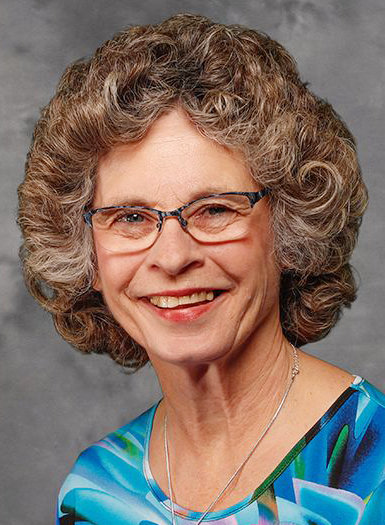 With 10 years under her belt in the 4-H program in Otoe County, a young Mary Loftis and her husband Steve made the return home to the Loftis farm near Craig in Burt County, Nebraska.  Breaking the “It’s who you know and not what you know” idiom, Mary was contacted by newly hired University of Nebraska Extension Educator John Wilson and invited to apply to join the office staff in Burt County.  John knew Mary through the collegiate 4-H program and believed she would be a good fit in the Burt County Office.

42 years later, Mary looks back on her decision to accept the job and is reminded it wasn’t just who she knew, but what she knew that landed her in a newly created position to focus on 4-H programs in the county.  A retirement party is being hosted in her honor on Fri., Jan. 28th at the Craig Fire Hall from 3:00-6:00 p.m.

“I know I would miss someone important if I name names, but I have been extremely lucky to have worked with very supportive Extension Educators, Assistants and support staff from across the state, but especially in Burt County,” Loftis said of her career. “In addition, all the 4-H and Extension families, leaders, superintendents, 4-H Council, Extension Board, County Board of Supervisors, Ag Society, Fair Foundation, schools, and the community in general have been very supportive and I couldn't have asked for more!”

Hired as a part-time help to share the 4-H program in the schools and as other occasions would allow, Loftis said it was the 4-H families that gave her the drive to continue for over four decades.

“I love to encourage all the 4-H members as I've watched them grow up. Those who took part in workshops, camps or as Junior Leaders are even more special,” Mary said. She has been amazed at the creativity of the leaders and parents to come up with new projects and community service opportunities.

She noted that special folks who have stepped up over the years. “Those parents who are willing to say ‘Okay, I don't know anything about (fill in the blank,) but we'll give it a try,’ but then in true parental style threaten, ‘if you don't do the chores, clean up you project room, etc...it will be the LAST time!’”
Knowing that 4-H can provide hundreds of interest areas from animals, to rockets to photography and much, much more, Mary has held to the idea that every 4-H parent wants their child to find their niche - something that really gets them excited.
“I've always said 4-H is a great place to learn how to fail. So, you do a project, make muffins, or grow potatoes and you get a white ribbon - so what? Maybe you just learned a valuable lesson that you need to work a little harder, follow a recipe a little closer or remember to put what variety of potatoes you planted on your entry sheet. Maybe you learned you aren't interested in a project area you thought you'd love - just think how many thousands of dollars you saved by figuring that out before you started college in that area! Failing isn't failure. Failure is failing to TRY! And like I always say, a failed project makes a great speech,” she encourages.

Mary has had her share of what she considered her own learning experiences.  One of her more embarrassing moments over the years came due to a false assumption.

“A long time ago at a 4-H Leader Banquet, I had contacted a Chaplain at Offutt Air Force Base who was to be an excellent humorous speaker. I wrote him a note a week before the event to remind him about our Leader's Banquet event since he didn't have a wife to remind (nag) him about it,” Mary recalls. “

He shows up at the banquet and asks a few questions about who he could single out in his speech that could take a joke, etc. When he gets up to perform and he mentions me by name and that I'd been very nice to remind him about this event. He even read my note out loud about not having anyone to "nag" him, but his WIFE really wondered who this Mary Loftis was?! (I had mistakenly thought a Chaplain was a Catholic Priest and that he wouldn't have a wife!) Boy was my face RED!”

As with anything that is worth doing, there are always things that one would rather not have to do. For Mary, she will not miss making list upon list to make sure everything is ready for every workshop, school program, camp or activity - then hauling half of her house and/or office to the event.
“Most of my kitchen utensils have a red fingernail polish dot on them signifying they are mine - so hopefully they come home again! Setting up chairs and tables for every event is part of ‘Extension Life’ I won't miss too much!”
Mary said that watching 4-H members succeed, when they were almost too scared to try has made it all worth it. “Whether it was taking an animal into the show ring, giving their first speech, or going on the stage to model in front of the judge, seeing them come out of the experience smiling, confident and successful is just so fulfilling.”

With John Wilson, Carroll Welte and Sharon Wimer having recently retired as well, the extension office has lost the better part of a combined century of knowledge and experience in that office.

Mary said that Jennifer Hansen has been the 4-H Educator for several years and she is excellent, although she works out of Thurston County in Pender most of the time. Additionally, Jenn Peterson has been the Extension Office Manager for just over a year now and she is catching on to the program very quickly.
Luan Oliveira just started in August as the Extension Educator for Water and Integrated Crops Systems, and is just getting acquainted with the total program, but Mary stated that he is jumping into the position and is open to new opportunities.
Mary said she hopes her replacement will be hired very soon as she looks forward to helping them succeed in any way she can or if needed, “just get out of their way, that's what I'll do too.

I just want to thank everyone for making my extension career such a success. I can't imagine having any better job and working with such great people,” Mary said.  “In addition, thanks to the support of the Burt County Board of Supervisors, I will continue to work with the Medicare program a day or so a week and then full time during Open Enrollment October 15-December 7th. I'll still be around in the Extension Office - just more focused on the slightly more mature crowd turning 65 or those debating if they want to keep working and keep their work insurance for a while longer. If anyone needs an appointment, they can continue to call the Extension Office at 402-374-2929 and Jenn will set up a time to call or meet with me.”

Retired but certainly to remain busy

Retired but certainly to remain busy 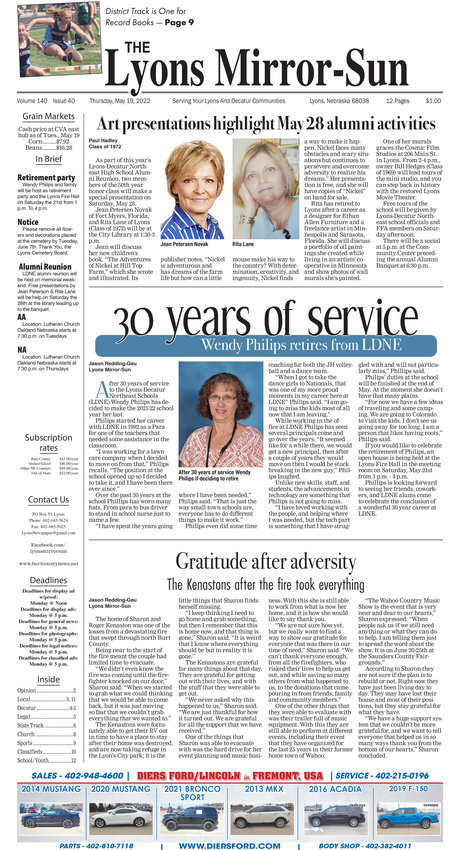